SEOUL, Dec. 25 (Yonhap) -- South Korea will earmark 1.09 trillion won (US$1 billion) to support innovation and growth among small and medium enterprises (SMEs) in the new year, the government said Monday.

The fund to be set aside represents a 13.7 percent increase compared to 960.1 billion won allocated to help smaller businesses this year, the Ministry of SMEs and Startups said. It said the money will go into supporting 13 projects with emphasis placed on job creation and backing growth for the fourth industrial revolution here.

The liberal Moon Jae-in administration that took power in May has made it a top priority to help create more good jobs as part of its income-based growth strategy.

The fourth revolution is characterized by many technologies in such areas as the digital, biological and artificial intelligence fields all being merged together that can bring about economic and social systems that are different from what people are used to at present.

It said some 272.7 billion won will be used to fund technology development by companies. Companies that fail to make good on the funds received will not be held liable. The total marks a 38 percent increase from 197.6 billion won that has been used this year to help SMEs try to acquire new knowhow. 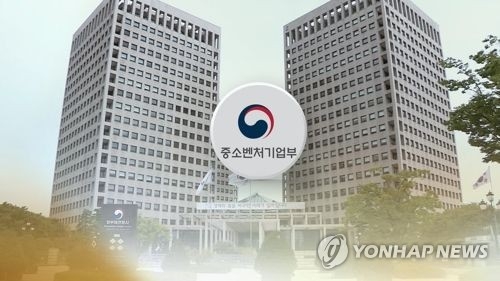