SEOUL, Dec. 29 (Yonhap) -- South Korea will try to score big and show its sports power when the country hosts the Winter Olympic Games next year.

PyeongChang 2018 will be the first Olympics in South Korea since the 1988 Seoul Summer Games. The first mega winter sports event in South Korea will be held from Feb. 9 to 25 next year under the slogan "Passion. Connected."

It took 18 years for PyeongChang to win the bid for the Winter Olympics. The South Korean alpine town's first two Winter Games bids weren't successful as it lost to Vancouver, Canada, for the 2010 Olympics and then to Sochi, Russia, for the 2014 competition.

PyeongChang, some 180 kilometers east of Seoul in Gangwon Province, was finally awarded the 2018 Winter Olympics in 2011 when it beat out Munich, Germany, and Annecy, France, in an International Olympic Committee (IOC) vote.

Since then, South Koreans have been giving their utmost efforts to set the stage for winter athletes and fans.

The preparations for the country's first Winter Olympics weren't easy. While there were managerial changes in the PyeongChang Organizing Committee for the 2018 Olympic & Paralympic Winter Games (POCOG), South Korea also saw its effort hit by a corruption scandal involving former president and missile provocations from North Korea.

At the end of this year, the organizers heard that winter sports powerhouse Russia will not be allowed to compete at PyeongChang in the wake of its state-sponsored doping scandal, though its athletes can compete under a neutral flag.

Despite some negative news on the PyeongChang Olympics, South Korea is set to take center stage of the world and the country will find out the fruit of its hard work within 42 days.

Before entering 2018, the POCOG declared that their 12 venues are all set to host 102 medal events in PyeongChang and its sub-host cities of Gangneung and Jeongseon. Nearly 880 billion won (US$819 million) was used for venue construction.

South Korea constructed six new venues for the Olympics, while six existing facilities were refurbished for the competition. These venues have gone through a total of 26 competition and non-competition test events. The dozen venues are all located within 30 minutes of each other, making it easy for visitors to travel around.

The construction for the Olympic Village where athletes will live during the Games is also finished. These residential facilities will officially opened on Feb. 1, while the main press center is scheduled to open its doors on Jan. 9.

With the venues completed, POCOG President Lee Hee-beom recently said that South Korea is waiting and ready to welcome the world’s winter sports athletes. The POCOG estimates 95 countries will send about 6,500 athletes and officials to take part in its Olympics that will feature seven sports across 15 disciplines.

Until the Olympic Games open, South Koreans will give their final push to improve their service quality and convenience to visitors. The POCOG has selected nearly 15,000 volunteers for the Olympics and it recently started their job training. 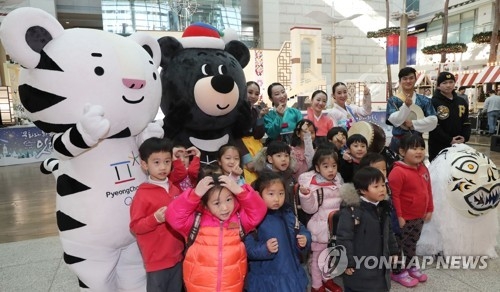 As for the Games accessibility, the operation of the newly opened KTX high-speed railway is ready to transport visitors from Incheon International Airport to PyeongChang in less than an hour and 50 minutes. The national train operators will run 51 train services daily during the Olympic Games.

South Korea will further try to promote the Olympics and boost ticket sales in the new year. As of last week, the organizers announced that ticket sales for the PyeongChang Winter Olympics have surpassed 60 percent.

It also hopes the Olympic torch relay, which began on Nov. 1, will draw national interest to the PyeongChang Games. The relay, which will cover 2,018 kilometers across the nation, will make its last stop of 2017 in Daegu. The torch relay in 2018 will start from North Gyeongsang Province and travel around the Gyeonggi Province region before it will come to the South Korean capital city Seoul on Jan. 13. The Olympic flame will then go to Gangwon Province on Jan. 21 and enter the Olympic Plaza in PyeongChang on the opening day of the Winter Games. 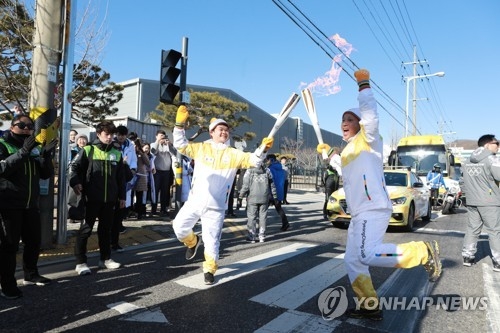 South Korea will not only look to become a successful host of the Olympics, but will also try to make its name as strong winter sports performer.

South Korea has set out to collect up to 20 medals at PyeongChang 2018, including eight gold, and crack the top five in the medal race. It plans to send maximum 150 athletes.

South Korea's best Winter Games performance came at Vancouver in 2010, when it won six gold medals and hauled in a record 14 medals total to finish fifth.

After the Winter Olympics, South Korea will try to keep the momentum ongoing by hosting the Winter Paralympics from March 9 to 18. 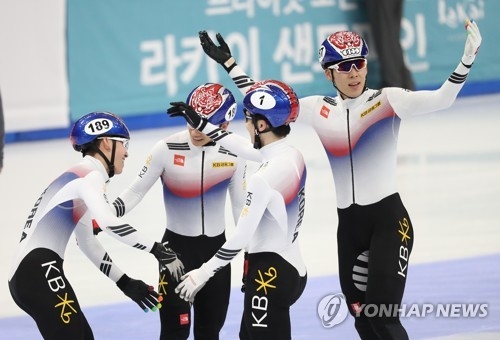