Under the measures, the Fair Trade Commission (FTC), the country's corporate watchdog, said the government will step up efforts to raise transparency in transactions between large players and smaller ones. In such dealings, bigger companies have used their dominant market positions to excessively engage in unfair business practices.

Bigger players will be banned from signing exclusive contracts with smaller ones that place unfair demands on the junior partner.

Related laws will be revised early next year, according to the FTC.

Also, in many cases, prime contractors are frequently accused of delaying payment or excessively cutting prices when they delegate some portion of construction to smaller partners. Such practices are blamed for forcing tough business conditions on many subcontractors, and some critics say that they dampen the overall growth of the economy.

"The measures do not aim to exclude large firms or label them as evil," FTC chairman Kim Sang-jo said in a press briefing in Seoul on Thursday.

Kim has often stressed that improving transaction terms between large and small players is an important task facing the Moon administration.

He said creating a level playing field for small and medium-sized companies is very important in a country where family-controlled conglomerates, known as chaebol, have dominated the economy for decades.

The measures appear to be in line with the government's recent move to regulate the nation's large companies for failing to fulfill their social responsibility, citing their "unfair business practices" toward small and medium-sized companies.

Some policymakers have blamed such practices for squeezing the bottom lines of smaller companies, which they claim has widened the profit gap with large enterprises that have high earnings.

Earlier, the FTC vowed to carry out sweeping reforms to root out unfair business practices and strengthen consumer protection.

The FTC said it would impose punitive damages of up to three times the actual losses incurred by illegal business practices, such as unfair payment, returns and cutting back supplied goods, that occur between large shopping mall operators and smaller partners. 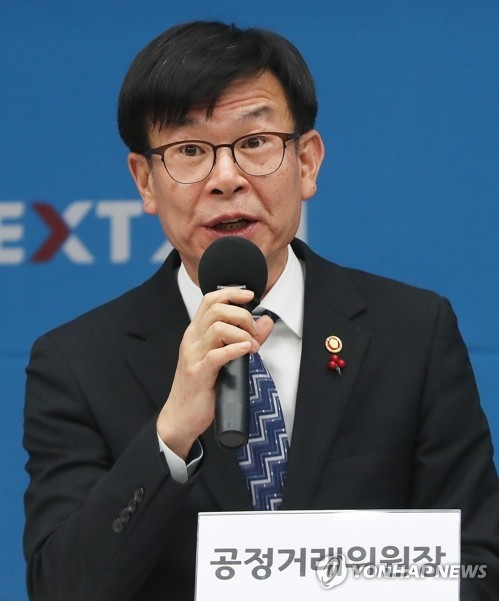 (LEAD) 'Exclusive' contracts between business partners to be banned: FTC

(LEAD) 'Exclusive' contracts between business partners to be banned: FTC