According to the data compiled by Statistics Korea, 1.44 million couples got married in the five years up to November 2016, with 80.1 percent consisting of first-time brides and grooms.

Of that total, 36.3 percent of newlywed couples had no kids last year, up 0.8 percentage point from the previous year. The proportion was 42.2 percent in those couples who both work. Among couples with a single breadwinner, however, only 30.9 percent were childless.

The latest findings showed that an increasing number of South Koreans are getting married later and having children when they are older -- or are giving up on tying the knot and having babies altogether.

The country's fertility rate, or the average number of babies that a woman is projected to have during her lifetime, has hovered around 1.2 since it dropped to a record low of 1.08 in 2005.

It reached 1.24 in 2015, the second-lowest fertility rate among members of the Organization for Economic Cooperation and Development (OECD), following Portugal with 1.23, according to data compiled in 2014. 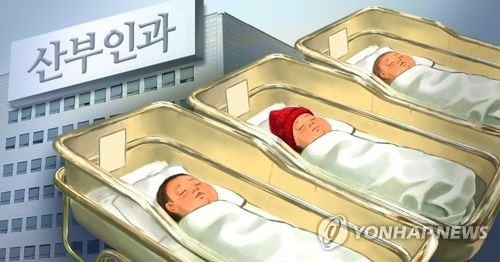