SEJONG, Dec. 28 (Yonhap) -- Officials at South Korea's corporate watchdog will be required to report their contacts or interactions with former colleagues or other businesspeople starting next year, a move aimed at boosting the transparency and trustworthiness of its policies, the Fair Trade Commission (FTC) said Thursday.

Under the measures, all FTC officials should submit a written report about their contacts, including online interactions, with ex-FTC officials, lawyers, and industry officials, in order to stem any potential irregularities. The report must be submitted within five days of the contact being made.

But there will be some exceptional cases not subject to the regulations, the FTC said, adding that the new policy will go into effect in February after a one-month trial period.

There has been much criticism regarding ex-senior officials of the FTC and other regulatory organizations such as the Financial Supervisory Services influencing certain sensitive policy decisions after joining large companies or law firms.

In the past, government and judicial officials gave favors to their former colleagues who joined private companies or law firms after retirement.

The practice is believed to be widespread in the legal community and other sectors of South Korean society, where personal connections are often seen as a potential solution for some problems. 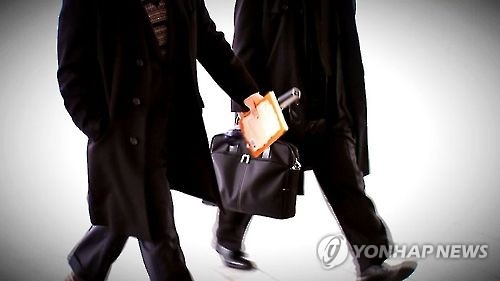