Moon made the remarks a day after the foreign ministry task force announced the outcome of its five-month review of the deal that found the former Park Geun-hye administration kept part of the accord secret apparently to avoid criticism of its concessions to Tokyo.

"It has been confirmed that the negotiations on the comfort women issue between South Korea and Japan in 2015 had significant defects in terms of procedures and content... It is regrettable but something that we can't circumvent," he said in a statement. 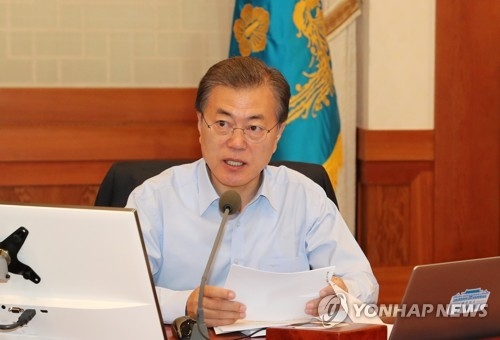 "This runs afoul of the established universal principle of the international community for settling history issues, and above all, it was a political agreement that excludes victims themselves and citizens," he added.

The president went on to say, "Along with citizens, I, as president, make it clear again that the comfort women issue can't be settled through the deal."
(END)