SEOUL, Dec. 28 (Yonhap) -- South Korea's top court on Thursday confirmed the cancellation of part of some 100 billion won (US$93.2 million) of corporate taxes levied on U.S. private equity fund Lone Star for dividends from its former major stake in a local bank.

The Supreme Court upheld the lower court's ruling that the tax agency should take back 38.3 billion won of corporate taxes on Citibank Korea, Lone Star's trustee bank, of the 103.1 billion won it has imposed for the shareholder return from Korea Exchange Bank (KEB), now known as KEB Hana Bank.

Lone Star had owned 329 million shares in KEB before gradually selling them off to Hana Bank in a yearslong takeover process that ended in 2012. It reported that it had gained 1.29 trillion won in dividend income from April 2008 to July 2011 and paid 176.3 billion won in taxes.

Citibank Korea filed a lawsuit against Seoul's Namdaemun district tax office, claiming that the additional 103.1 billion won levied was not fair and demanded it be revoked.

It said that since Lone Star's unit that controls KEB is based in Belgium, its client is subject to the limited tax rate of 13.64 percent for the dividend income, citing the tax treaty signed between Korea and the European country.

The tax agency refuted the claim, saying that the Belgian firm is a mere conduit set up to evade taxes and that the limited tax rate cannot be applied.

The lower courts agreed with the defendant's argument, judging that the levy was in line with the corporate tax law. However, the courts ordered the partial amount to be taken back because it is fair to apply the tax treaty with the United States since a considerable number of Lone Star investors are U.S. residents. The tax treaty with America imposes a limited rate of 15 percent.

The top court ruled in line with the decision.

The Texas-based private equity fund was at the center of public scrutiny for its KEB purchase at a low price and reselling it to a local rival before it pulled out of the country with a massive profit in 2012. A series of litigations are still under way, though, for Lone Star versus the local tax authorities. 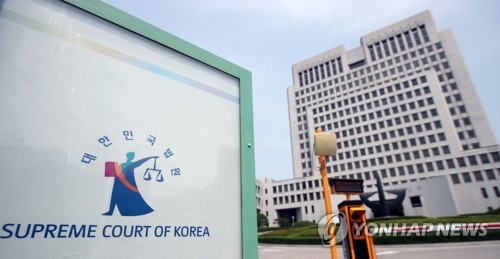