SEOUL, Dec. 28 (Yonhap) -- Lee Kee-heung, chief of the Korean Sport & Olympic Committee (KSOC), has lots of tasks in 2018. One obvious priority for the new year would be the nation's successful hosting of the 2018 Winter Games. In summer, he needs to support the national athletes at the Asian Games in Indonesia.

Lee, who became the KSOC leader in October 2016, said South Korean sports officials are fully ready to support the athletes at the major competitions next year.

For the PyeongChang Olympics, Lee said South Korea will aim to finish inside the top five by collecting eight gold, four silver and eight bronze medals. He also emphasized that South Korea needs to establish a better sports environment through the Olympics. 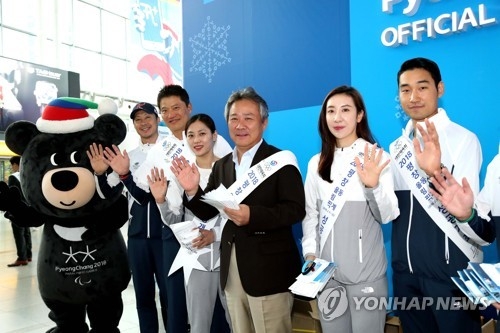 "We'll become a country that hosted both summer and winter Olympics and it's about the time for us to have an advanced sports system," Lee said in an interview with Yonhap News Agency on Dec. 20 at Jincheon National Training Center. "We heard that the National Hockey League (NHL) decided not to release their players and the Russians will be competing as neutral athletes, but this is the situation where South Korean athletes need to step up and give their best."

For the Asian Games, Lee said South Korea will try to secure a second place finish behind China. South Korea hasn't lost the runner-up spot against arch rivals Japan since 1998.

"It's not going to be easy this time because Japan will come up with their best athletes ahead of the 2020 Tokyo Olympics," he said. "Our budget is mostly used on the PyeongChang Games, so it's going to be difficult for us to maintain the second place finish at the Asian Games. But we'll do our best."

Aside from the national team's performance at the major events, Lee said he wants to improve the KSOC's financial health with revision of the National Sports Promotion Act. 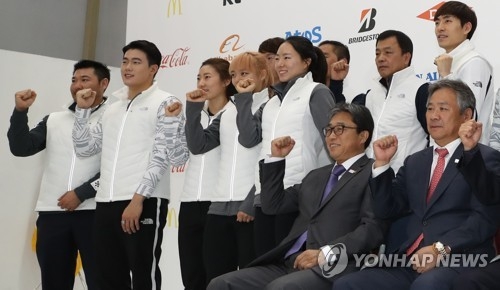 The KSOC currently receives 30 percent of profits from Sports Toto, South Korea's only licensed sports lottery by the Korea Sports Promotion Foundation (KSPO). Lee, whose term will end in February 2021, said he wants to increase that percentage to 50 for the next 10 years.

Lee said that the money will be used to improve the quality of life for athletes and create more job opportunities after retirement. After 10 years, Lee said KSOC will reduce the money received by the KSPO and will try to become financially independent in 2040.

"We're seeing 10,000 retiring athletes and sports trainers coming out every year, but there aren't still enough jobs," he said. "After the PyeongChang Olympics, there are no major sports events on our soil, so we need to revise the sports promotion law to secure bigger budget. If we can receive larger share of Sport Toto profits, we can solve the job issue and run more sports clubs for the community." 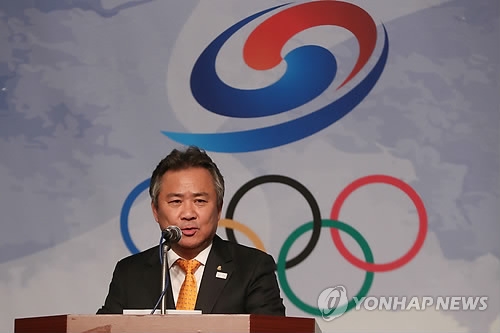 Lee is also tasked with enhancing inter-Korean sports exchange. South Korea is especially hoping for North Korea's participation in the PyeongChang Winter Games, so that it can promote the message of peace and harmony to the world.

The 62-year-old said the KSOC will keep pushing to revitalize sports exchange between the South and the North, although its effort will be influenced by the political situation on the Korean Peninsula.

"We're working to invite North Korea to the PyeongChang Olympics," he said. "Currently, we're keeping touch with the North through the International Olympic Committee (IOC)."

"When our sports body was established in 1920, there were no South or North," he said. "If conditions are met, we'll push inter-Korean matches in football, volleyball and basketball." 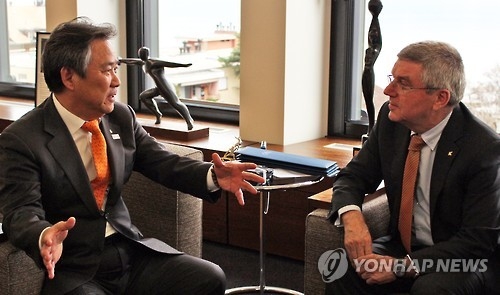