SEOUL, Dec. 28 (Yonhap) -- With the first Winter Olympic Games in South Korea just 43 days away, Lee Hee-beom, who leads the local organizing committee, is buoyed by the expectation that his home country will be the successful host.

Lee, who has been leading the PyeongChang Organizing Committee for the 2018 Olympic & Paralympic Winter Games since 2016, said South Korea is ready to welcome the guests around the world as its preparations are coming to an end.

For the final stretch, Lee said the organizers will focus on promoting the Paralympic Games and boosting ticket sales. Last week, POCOG announced that ticket sales for the Olympics have surpassed 60 percent. 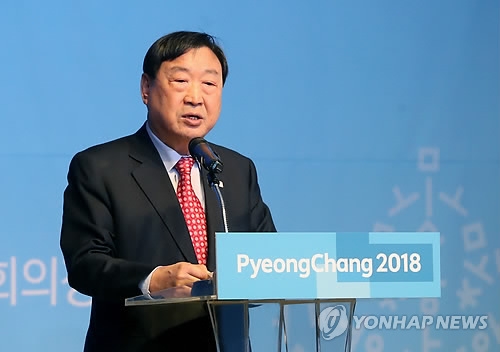 The POCOG estimates 95 countries will send about 6,500 athletes and officials to take part in its Olympics. However, it's still uncertain whether North Korea will participate in the Winter Games south of the border.

North Korea has been drawing international outcries following its nuclear tests and missile provocations. Lee, however, said politics and sports are separate.

"Every peace-loving country and athlete has a right to compete at the Olympics, and North Korea can't be an exception," he said. "South Korean President Moon Jae-in and International Olympic Committee (IOC) President Thomas Bach have said they will help North Koreans take part in the Olympics. I believe the North will come here."

One country that will certainly not feature at the PyeongChang Winter Olympics is Russia, which is banned by the IOC for its state-sponsored doping scandal. Russian athletes, however, will be able to compete under the Olympic flag.

Lee said the organizers are ready to serve Russian athletes without discrimination.

"We speculate some 210 Russian athletes will come to South Korea," he said. "The POCOG is ready to support Russians from their arrival to departure just like any other athletes." 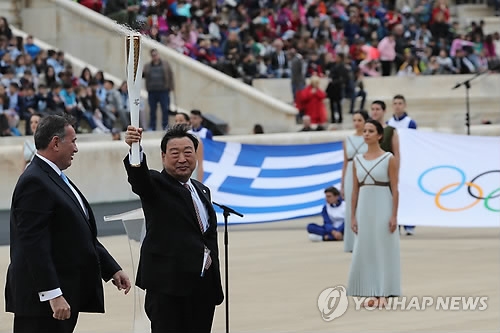 Lee said South Koreans will create another miracle like they previously showed at the 1988 Summer Games and the 2002 FIFA World Cup. He believes many people will soon join promotions to heat up the Olympics mood.

"Some people say South Koreans aren't ready to enjoy them, but if you look at the past, we've united together and showed the power of the country when the events started," he said. "Currently, the torch relay and many cultural festivals are creating an atmosphere for the Olympics. We're also working with the government organizations overseas to promote the Winter Games."

There are criticisms about expensive lodging fees in PyeongChang, some 180 kilometers east in Gangwon Province. Lee said the government and the organizers are trying their best to stabilize the accommodation prices.

"The Gangwon provincial government said it can conduct audits on lodging facilities that charge expensive prices and recently hotel owners vowed to correct the problems," he said. "A new high-speed railway that began service last week will also pressure them to lower the lodging prices." 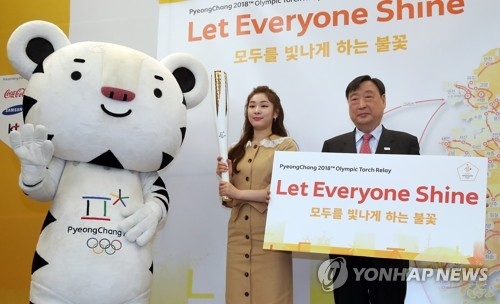 South Korea profited from the 1988 Summer Olympics in Seoul. When asked whether the PyeongChang Winter Olympics would get the same result, Lee said the situation has changed today, but it's possible that South Korea can have an "Olympics of economy."

"In 1988, we had a system to make money because it was our first Olympic Games," he said. "But we are soon going to announce a balanced budget in our latest budget plan. Also, we've secured more than 1 trillion won (US$933 million) worth of sponsorship deals, which exceeds our original goal of 940 billion won."

"We'll see 5G-based self-driving buses in the PyeongChang and Gangneung area, and robots that can give tour information to visitors at Incheon International Airport," he said. "We'll have translation services in 28 languages too." 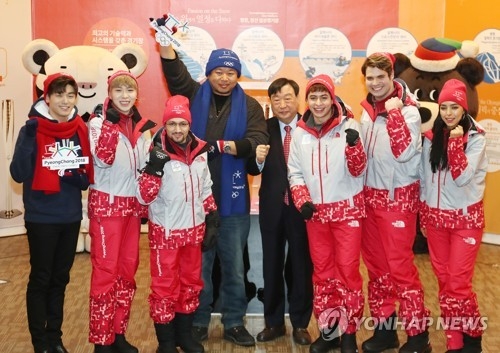