Shin will watch the match between Tottenham Hotspur and Swansea City at Liberty Stadium in Swansea, next Tuesday (local time). He will inspect the performance of Spurs attacker Son and meet him in person after the match, according to the source from the Korea Football Association.

Son is in hot form after bagging one goal and two assists in Spurs' 5-2 victory against Southampton on Tuesday. The 25-year-old has nine goals in all competitions this season.

Shin, who will guide South Korea at the 2018 FIFA World Cup, is also expected to meet Swansea midfielder Ki Sung-yueng. The 28-year-old anchorman, however, will likely not play against Spurs, since he is suffering from a calf injury.

Both Son and Ki are certain to be on South Korea's final squad for the 2018 World Cup, where they have to face Germany, Mexico and Sweden in Group F.

Shin embarked on a business trip Dec. 19 to check on South Korean players in Europe. He previously watched the performance of Troyes AC striker Suk Hyun-jun at Stade Velodrome in Marseille, France, on Dec. 22.

The 48-year-old head coach will return home on Jan. 5. 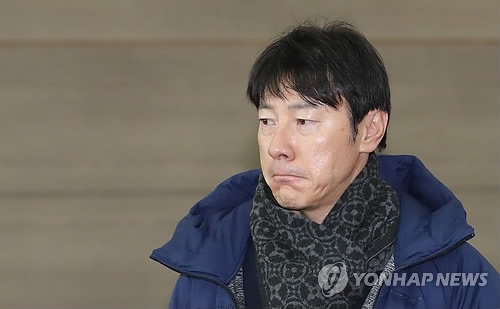