SEOUL, Dec. 28 (Yonhap) -- Pope Francis has sent a message of encouragement to the South Korean Catholic community and other activists worldwide fighting for the abolition of capital punishment, the Catholic Bishops' Conference of Korea said Thursday.

In the message, which was addressed to You Heung-sik, chief of the conference's committee for justice and peace, the pope said all lives are sacred and all human beings are given their own dignity that cannot be transferred.

The pope also asked those who make efforts to rid the society of the death penalty to gain courage from the belief that it is the best policy to reform criminals as doing so is beneficial to society.

Monsignor Marco Sprizzi, acting Apostolic Nuncio to South Korea, delivered the message to You on Oct. 17.

The conference made the message public two days ahead of the 20th anniversary of South Korea not executing death row inmates.

South Korean courts still hand down the death penalty, but the country has not carried out an execution since some two dozen convicts were last executed in late 2007. In 2007, Amnesty International categorized South Korea as a country that has "virtually abolished capital punishment." 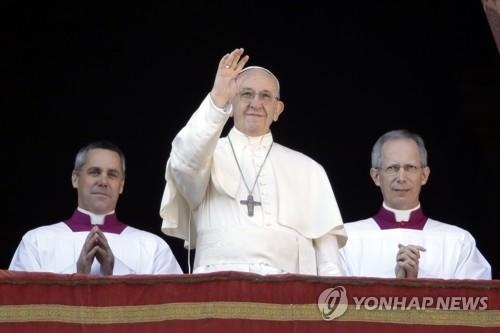