JEONJU, South Korea, Dec. 29 (Yonhap) -- Police on Friday found the body of a 5-year-old missing girl on a hillside in the western coastal city of Gunsan following her father's confession to having disposed of it, officials said.

The Jeonbuk Provincial Police Agency said that at 4:45 a.m., the body of Koh Jun-hee wrapped in a towel was discovered under a tree on the hillside, about a 50-minute drive from where she stayed before going missing a little over three weeks ago.

The investigation into the case gained traction as her 36-year-old father confessed Thursday to having dumped her body on a hill in the city 274 kilometers south of Seoul.

Police plan to examine her body to find out the exact cause of her death, officials said.

Police opened their investigation into Koh's case after her stepmother reported to the police on Dec. 8 that she went missing.

They mobilized some 3,000 personnel, search dogs and helicopters to find her over the past few weeks. 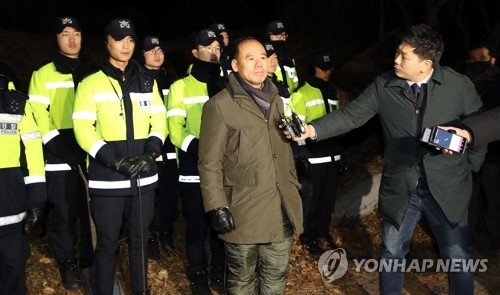