SEOUL, Dec. 29 (Yonhap) -- The number of stock trading accounts in South Korea has reached a record high as more people invest money in shares amid a bull market this year, data showed Friday.

The number of trading accounts stood at some 24.8 million as of Wednesday, up about 1.6 million from the end of last year, according to the data from the Korea Financial Investment Association and Statistics Korea.

Excluding last year, it marks the biggest annual increase since the 2008 global financial crisis. The figure rose by some 1.7 million in 2016 from the previous year.

The number of stock trading accounts has been on a steady rise this year, bolstered by the bullish run of the South Korean stock market. 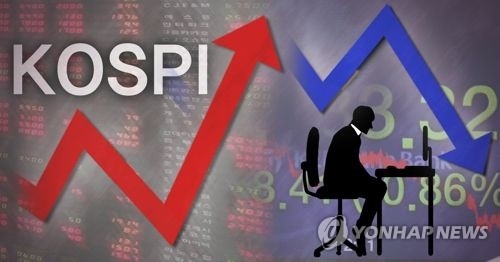 With more people investing in stocks, the number has grown to nearly 90 percent of the country's labor force.

As of end-November, the number of stock trading accounts came to 24.6 million, or 88.6 percent of South Korea's economically active population tallied at 27.7 million.

The percentage is up sharply from nearly 47 percent recorded a decade ago.

The ratio has since been rising rapidly, exceeding the 80 percent mark in 2015 and reaching 85.7 percent last year.
(END)