The beneficiaries also included 25 protesters convicted in a deadly 2009 clash between police and residents opposed to a redevelopment project in Seoul's Yongsan district. The violent clash on the rooftop of a building left two protesters and one police officer dead and dozens of others injured. 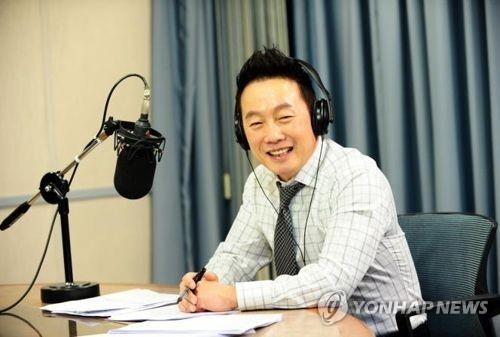 Former legislator Chung Bong-ju was the only politician included in the first special pardons under President Moon Jae-in.

Chung was convicted for raising allegations ahead of the 2007 presidential election that then leading candidate Lee was the real owner of an investment consulting firm, known as BBK, accused of stock price rigging.

The conviction had stripped Chung of his right to run for elected office until 2022, but Friday's pardon reinstated his right.

Ahead of Friday's pardons, calls had risen among liberals for pardoning Han Sang-kyun, a former leader of the militant umbrella labor organization Korean Confederation of Trade Unions, as well as Lee Seok-ki, a former lawmaker of a now-defunct progressive party convicted of treason charges.

But the government didn't include them in the amnesty. Their pardons would have sparked strong protests from conservative opposition parties.

Also excluded from the pardons were top business tycoons.

Most of the beneficiaries were ordinary people. As part of the amnesty, the government also pardoned about 1.65 million traffic violators who had their driver's licenses revoked or suspended for earned demerit points.

"This amnesty is aimed at lessening the burden on ordinary people having a hard time due to criminal punishment or administrative restrictions, and providing them with an opportunity to return to normal social life at an early date," the government said in a statement.

"Excluding business people and public officials convicted of corruption, as well as those convicted of felonies from the pardons, the government took steps to give benefits to convicts of ordinary crimes, including migrant workers and other socially weak people," it said.
(END)