The Defense Acquisition Program Administration (DAPA) delivered the multi-purpose training boat (MTB) to the Navy after trial operations. It's the first MTB for the Navy.

Carrying more than 10 crew members, it can support the firing drills of ship-born cannons and anti-aircraft guided missiles as well as electronic and submarine warfare exercises, according to DAPA.

The Navy plans to put it into service in January after a two-week familiarization period.

"The deployment of the MTB would enable our Navy to conduct a more scientific and safe training," said Moon Ki-jeong, a DAPA official in charge of the ship acquisition program. 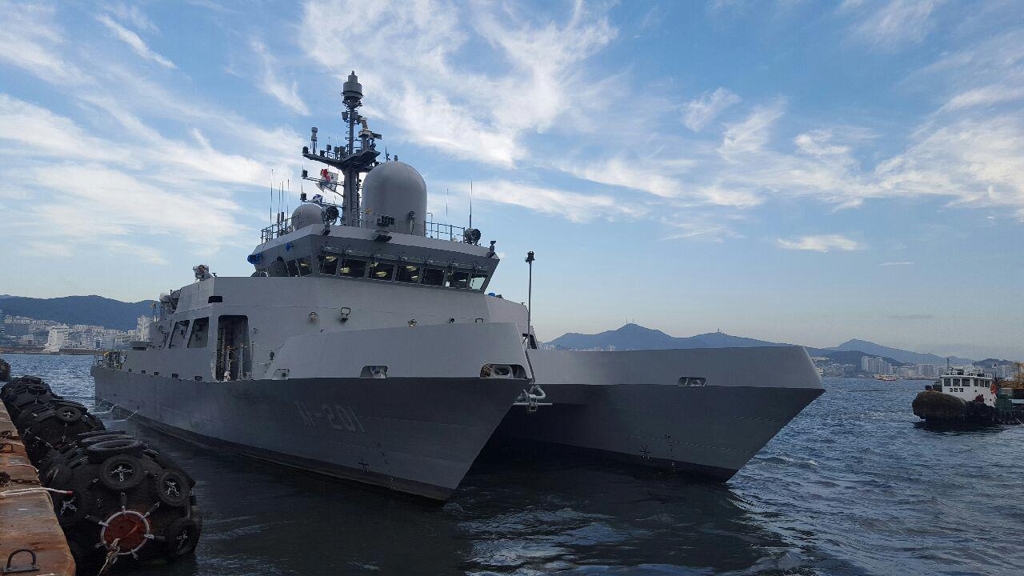