"Apple is reducing the price of an out-of-warranty iPhone battery replacement by US$50 — from $79 to $29 — for anyone with an iPhone 6 or later whose battery needs to be replaced, starting in late January and available worldwide through December 2018," the company said.

Apple's Seoul-based office said the policy will also be applied for users in South Korea, although the local price has not yet been decided.

"We've been hearing feedback from our customers about the way we handle performance for iPhones with older batteries and how we have communicated that process. We know that some of you feel Apple has let you down. We apologize," the company said.

While Apple acknowledged earlier this month that it slowed down the speed of older iPhone models to prevent devices from shutting down suddenly, it reiterated the move was not aimed at shortening the life of Apple products to induce users to buy new ones.

"First and foremost, we have never — and would never — do anything to intentionally shorten the life of any Apple product, or degrade the user experience to drive customer upgrades," the company said.

The U.S. company is currently facing lawsuits around the globe, potentially also in South Korea, for slowing down older iPhones. 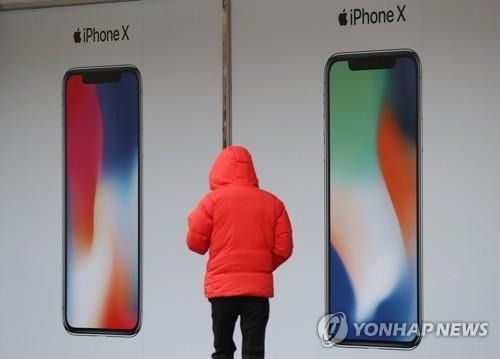