The K League Classic club didn't release the details of Roberson's contract, but confirmed that the 28-year-old will play for them next year.

Roberson, as he is commonly known, played for the Brazilian under-20 national team in 2008 and had two goals in three matches, according to Jeju.

Roberson made his pro debut with Brazilian giants Gremio in 2009. This year, he was with Internacional, scoring three goals in 26 matches.

Jeju, which finished second in the league this year, said they expect Roberson to boost their attack with fellow Brazilian Tiago Marques who also signed with the club last week.

Roberson, who also had a stint with Algerian outfit MC Alger, said he is ready to play for Jeju.

"This will be my first time playing in Asia," he said through the club. "I heard Jeju are a strong team. I will try my best to adjust to my new environment and help the team. 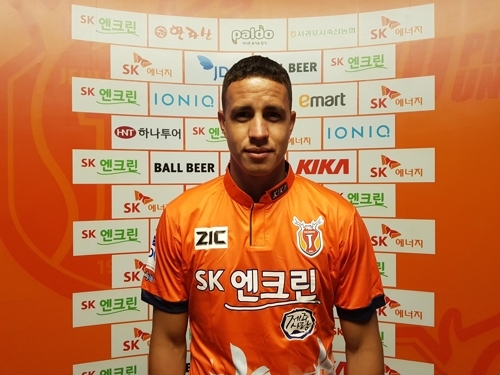