The images are illustrations that paint a mysterious and dreamy image of the seven-member girl band.

According to its agency WM Entertainment, the group's fifth mini album is designed to send out a hopeful and soothing message to its audience. Along with the images, it also announced the tracks on the new album, including lead song, "Secret Garden."

The album will be available on local music streaming sites at 6 p.m. on Jan. 9. 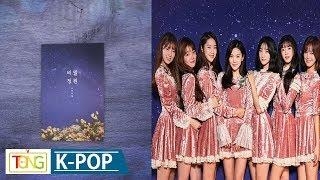 Teaser images of 'Secret Garden' by Oh My Girl unveiled

Teaser images of 'Secret Garden' by Oh My Girl unveiled