The test of the 30 megawatt High-flux Advanced Neutron Application Reactor (HANARO) unit in the city of Daejeon 160 kilometers south of Seoul found the materials used for the reconstruction of the reactor resisted a tremor equivalent to an earthquake of magnitude 7.4, the Korea Atomic Energy Research Institute (KAERI) said.

HANARO was designed for isotope production for medical and industrial purposes and began operations in 1995. It is also used to conduct various scientific and engineering experiments and other forms of research.

The latest test was conducted by an earthquake research institute at Pusan National University with local civil groups that have called for safer nuclear reactors and asked for this inspection.

The southeastern industrial city of Gyeongju was hit recently by a 5.4 magnitude earthquake that forced thousands of people to leave their homes and caused dozens of injuries.

HANARO has undergone a one-year renovation to reinforce the reactor building for possible tremors and can now withstand a 6.5-magnitude quake, according to the Nuclear Safety and Security Commission.

"We've tested HANARO again at the request of civil groups, although the relevant institutions have already conducted a safety test of the research reactor," said Ha Jae-joo, head of KAERI. 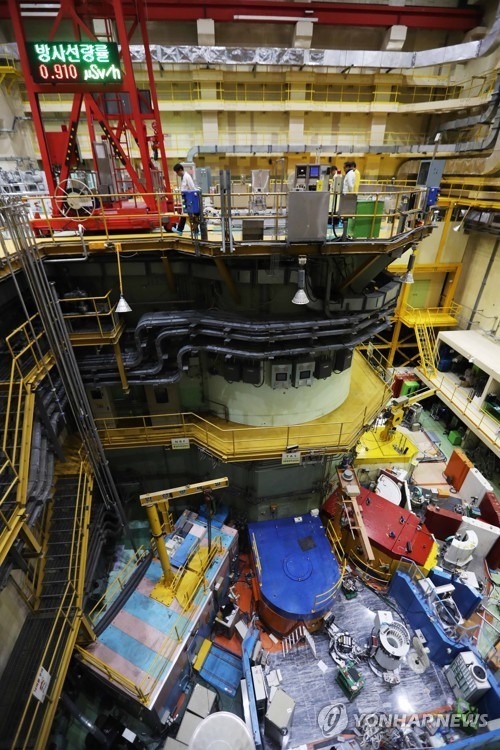