The top priority is to deter North Korea's provocations, Song said in his new year message issued on the eve of the holiday season.

Another key task is defense reform to make the 625,000-strong armed forces as agile and strong as a leopard, he stressed.

"Our military should actively support the government's efforts to establish peace and stability on the Korean Peninsula through South-North dialogue by deterring North Korea's provocations," he said. "It's because a strong military can keep and generate peace."

He also called for a constant push for the "mutually complementary" development of the Seoul-Washington alliance.

It's urgent for South Korea to beef up its own defense capabilities in order to create conditions for the transfer of wartime operational control of South Korean troops from the U.S., said the minister.

He pledged the military's full support for the hosting of the 2018 PyeongChang Winter Olympic and Paralympic Games. 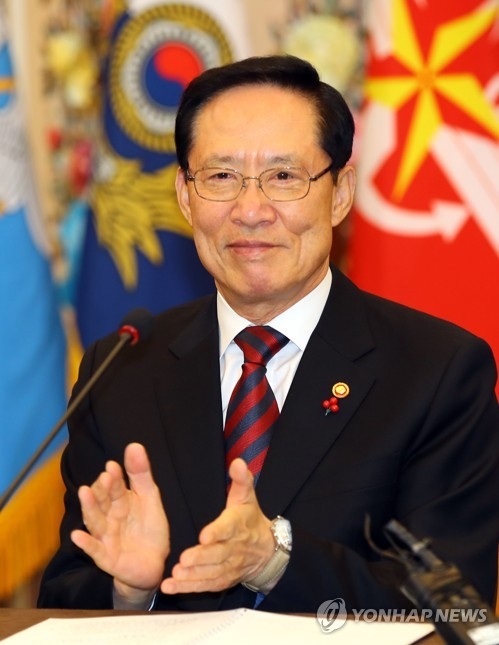