SEOUL, Jan. 1 (Yonhap) -- National Assembly Speaker Chung Sye-kyun on Monday reiterated his commitment to a constitutional revision, calling it spadework to lay the foundation for South Korea's next 100 years.

During his New Year's address, Chung also pledged to ensure that the parliament will better serve citizens rather than frustrating them in a veiled criticism of the country's politics plagued by factional antagonism and partisan standoffs.

"As next year marks the 70th anniversary of the country's promulgation of the Constitution, the National Assembly will commit itself to the spadework to build the foundation for the country's next 100 years," he said. 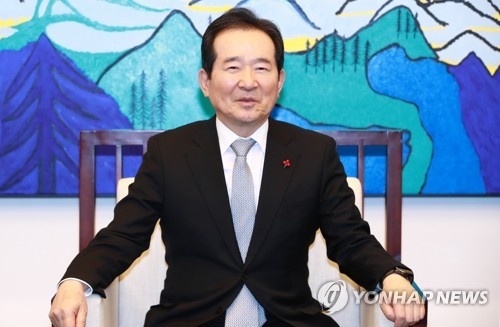 "I will do my best to ensure that the parliament can give strength to the lives of citizens. I will ensure that politics will serve as a stepping stone for people's hopes, not an impediment that puts them in despair," he added.

A constitutional amendment is likely to dominate the country's politics next year, as the government and ruling party hope to hold a public referendum on it in tandem with the local elections slated for next June.

Rival parties share the need to retool the Constitution to reflect social and political changes since it was last revised in 1987 mainly to prevent an authoritarian leader from extending his or her grip on power by limiting the presidential term to a single, five-year term.

But they differ over when and how to rewrite it.