"It's true that we're working to sign Lee," Cho said to Yonhap News Agency in a phone interview. "We can't reveal any details, but we'll work hard to land the deal."

Lee, 29, is contracted through June 2018 with Palace, but is having another disappointing season with the London-based club. This season, he has played only five matches.

The former Bolton Wanderers player, who joined Palace in 2015, last season made 20 appearances in all competitions. If Lee, who has eight goals in 78 matches for South Korea, signs with Gangwon, he will return to the K League for the first time since 2009.

"Lee's experience and talent will make us better," Cho said.

Gangwon made a splash ahead of the 2017 season after signing slew of local big names. Their recruitment included the 2016 season MVP Jung Jo-gook and former Asian Footballer of the Year Lee Keun-ho. With surprise signings in the winter, the club finished sixth in their first season after first division promotion.

Meanwhile, Cho said the club even tried to sign Guus Hiddink, who led South Korea to the semifinals at the 2002 FIFA World Cup.

"We contacted Hiddink's agent in Europe, but had to give up later after the Dutchman was mentioned as a candidate for the South Korean national team," he said. "I think we have enough resources to make big signings. We'll deliver surprising news next year." 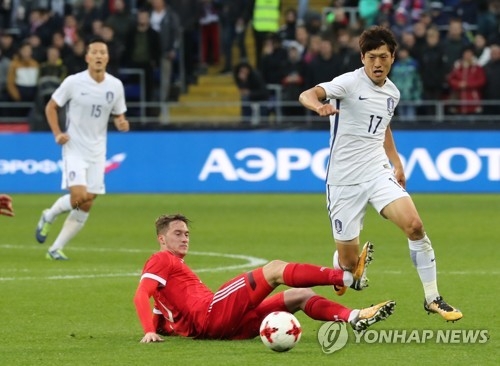