SEOUL, Dec. 29 (Yonhap) -- The Environment Ministry said Friday it is enforcing emergency measures to reduce fine dust in the air for Seoul and surrounding regions on Saturday, as dust pollution has seriously worsened in the area.

It is the first time the ministry has issued the "fine dust emergency reduction measures" since the system was introduced early this year. The alarm requires factories, construction sites and other dust-releasing workplaces in Seoul, Incheon and Gyeonggi Province to cut operations and take steps to reduce pollution from 6 a.m. to 9 p.m. 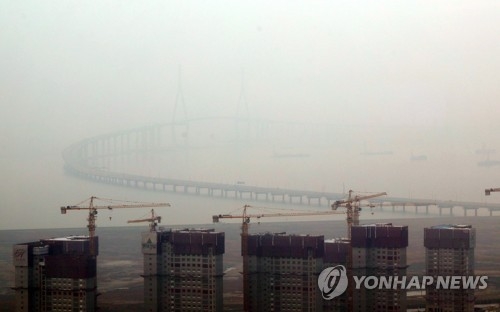