"In the coming year, Korea will leap to a higher level in every sector with accomplishments in the crackdown on major corruption cases and reforms," he said in a New Year's message.

Since President Moon Jae-in took office in May, the prosecution has been investigating an array of corruption cases involving the two previous conservative governments.

"I'd say that the investigations into such cases have helped restore constitutional values and the basic order of democracy," he said.

"I ask all of my officials to concentrate on rooting out corruption and irregularities, such as the recent cases of illicit hiring in public and financial firms, which greatly undermine social trust," he said.

He vowed to move forward negotiations between the prosecution and police, largely to readjust their investigative jurisdictions.

"The prosecution will pursue a course that allows it to fulfill its duty of investigating, as well as protecting basic human rights," he added.

Park said the ministry will also work in line with any outcome from the independent committee's inquiry into the prosecution and judiciary's mishandling of past political cases, a reference mainly to defendants being wrongly convicted under the authoritarian governments of the 1960s to the 1980s. 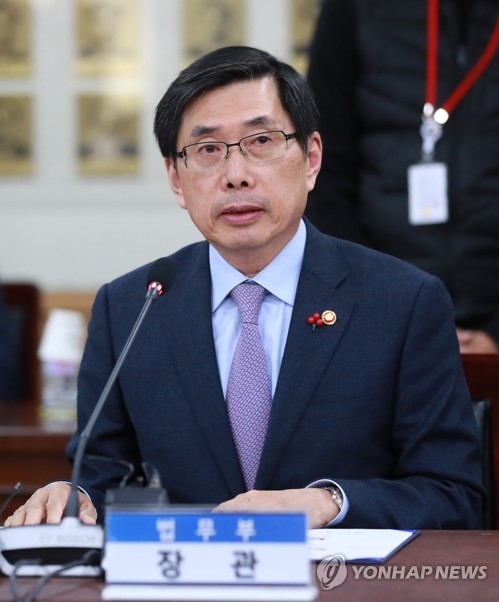