JEONJU, South Korea, Dec. 31 (Yonhap) – The mistress of the father of a 5-year-old girl recently found dead was formally arrested Sunday on suspicion that she was involved in disposing of the girl's body.

Koh's father and the mother of Lee, who is only known by her surname, Kim, have already been detained on suspicion that they dumped the body of the girl on a hill in the city, 270 kilometers south of Seoul, in April. The body was found Friday.

Police believe that although Lee didn't follow Koh and Kim when they disposed of the body, she helped them to commit the misdeed.

The father previously claimed that Koh died because she choked on food and that he concealed her death for fear that it would cause trouble in his divorce settlement with her birth mother.

Police have conducted an autopsy on her body but have yet to determine what exactly caused her death, since it was badly decayed, officials said. 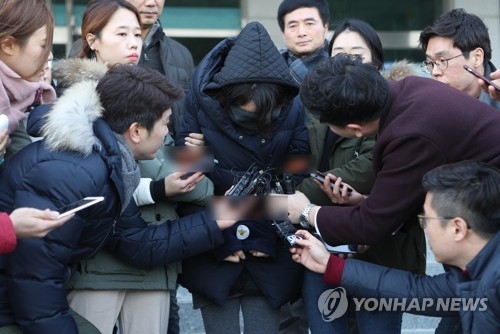