"South Korean representatives need to sit down at the negotiating table (with their U.S. counterparts) with their two major principles being to focus on trade expansion and the protection of local industries vulnerable to the bilateral free trade pact (with the U.S.)," Kim Young-joo, chairman of the Korea International Trade Association (KITA), told Yonhap News Agency in a recent interview.

On Jan. 5, the two countries are expected to begin negotiations to make amendments to their five-year-old free trade agreement at the request of the U.S. government last year. 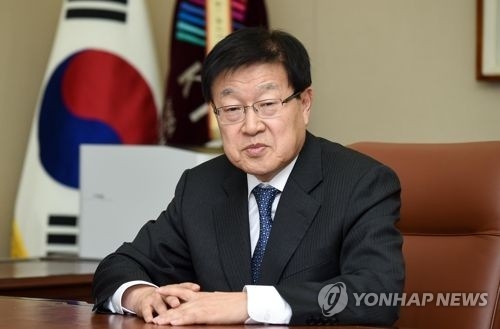 In the upcoming talks, the U.S. is expected to push for a speedier abolition of tariffs on U.S. products and eased regulations on U.S. vehicles, among others, Kim forecast.

"While stressing the mutual benefits for both countries and their economic players, Seoul needs to agree on any amendments in the deal with a focus on expanding trade with Washington rather than shrinking trade with the world's top superpower," the KITA chairman said.

As for the agricultural and livestock industry, which has been highlighted as the most vulnerable sector in the trade deal, he urged the Seoul government make it clear that no concessions will be allowed in the renegotiations.

The chairman also mentioned what requests the government should make at the follow-up talks set for early this year to expand exchange in the service sector and investment between South Korea and China.

Kim said that South Korea needs to use the talks to call on China to establish a system to prevent situations like Beijing's "unfair" trade retaliations against Seoul last year over the deployment of the Terminal High Altitude Area Defense System (THAAD) in South Korea.

"While strengthening exchanges in services and investment amid eased bilateral political tensions over the THAAD deployment, the government will have to ask China to ease local regulations on South Korean companies," he said.

Beijing explicitly opposed the THAAD deployment in South Korea, arguing that the powerful X-band radar that comes with the missile defense system could be used against it. Seoul and Washington have said the anti-missile system is purely aimed at deterring missiles from North Korea.