The gross fixed capital formation (GFCF) for the service sector was tallied at 256.1 trillion won (US$239.6 billion) in 2015, the findings by the Bank of Korea and the National Assembly Budget Office showed. This represents a solid 13.9 percent increase to 224.8 trillion won reported in 2006.

The GFCF refers to the net increase in assets that takes into account both investments and deductions within a set period of time.

The tally, however, showed investments in high value-added areas, such as cultural and education industries, backtracking.

From 2006 through 2015, when investment in the service sector shot up the steepest, investment was centered on restaurants and catering, as well as retail and wholesale.

The increase rate is five times faster than gains for the entire service industry as a whole in the same time period.

The central bank said the sharp rise has allowed restaurants and catering businesses, and retail and wholesale to make up 7.1 percent of all service sector investments in 2015 from 4.8 percent in 2006.

On the other hand, investment in the cultural sector contracted 20.8 percent to 7.6 trillion won in 2015 from 9.6 trillion in 2006, with 15.2 percent drop being reported for education-related outlays in the same period.

Hong Joon-pyo, a senior analyst at the Hyundai Research Institute (HRI), said areas where investment has focused on in recent years is closely associated with self-employed posts.

"Many people who retire and do not have any skill sets often go into these businesses so there has been a natural rise in investment," he said.

The economist said that this trend has led to an over saturation of certain service sectors that has eaten into profits.

Statistics Korea said operating profits of restaurants and catering industries stood at 13.4 percent in 2015 or down 9 percentage points from five years earlier, while numbers for retail and wholesale correspondingly stood at 5 percent or down 2 percentage points.

The statistical office said this has led to such stores' average survival rate three years after opening standing at an average of just 39.1 percent. Such dismal numbers are not conducive to sustainable growth for the economy as a whole. 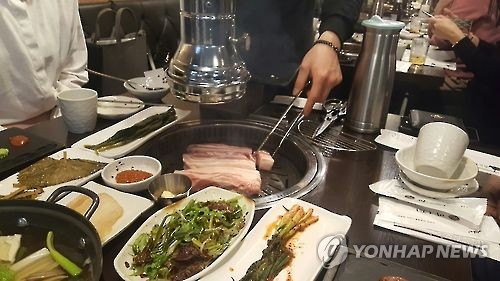