The Realmeter survey conducted from Tuesday to Friday showed 68.5 percent of 2,007 respondents said the president is handling state affairs in a satisfactory manner, down 1.4 percentage points from a week earlier. Those who disagreed came to 25 percent, down 0.1 percentage point in the same period.

The survey has a margin of error of plus or minus 2.2 percentage points, with a confidence level of 95 percent.

His approval rating slid to 67.7 percent earlier in the week after the government was blamed for failing to properly deal with a deadly blaze in a fitness center in the southeastern provincial city of Jecheon that took 29 lives.

Later in the week, the rating ticked up again to 69 percent following media reports on a suspected secret agreement by the previous Park Geun-hye government with Japan's Shinzo Abe over the issue of wartime sexual slavery.

Overall, Moon's monthly rating hovered around 70 percent, the survey showed. The liberal president assumed office in May after his predecessor Park was ousted by a Constitutional Court ruling that month over a massive corruption scandal involving her longtime friend.

Both the ruling Democratic Party and main opposition Liberty Korea Party saw their ratings drop slightly to 50.3 percent and 16.8 percent, respectively. The figure for the centrist minor People's Party rose 1.3 percentage points to 6.2 percent, while that of the progressive Justice Party climbed 0.5 percentage point to 5.7 percent.

The minor conservative Bareun Party's rating stood at 5.6 percent, down 0.1 percentage point from a week earlier. 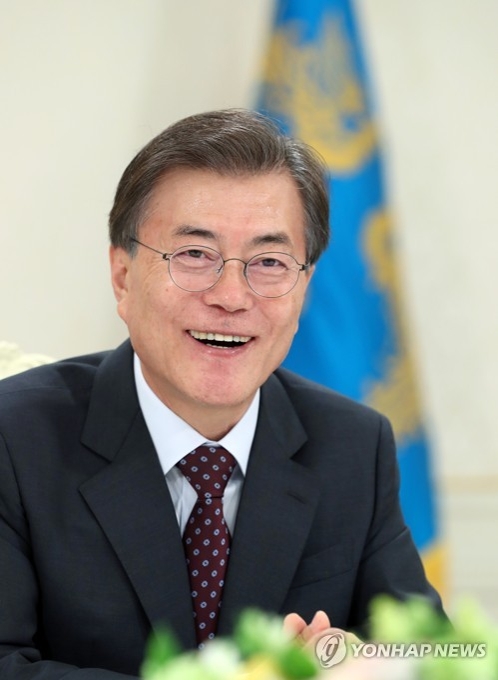