SEOUL, Jan. 1 (Yonhap) -- The head of South Korea's largest business lobbying group on Monday called on the government to implement smoother labor and tax policies to ease the burdens of struggling local businesses.

"I understand that the government's policies are necessary to manage national affairs, but it is difficult for companies to adapt themselves to them," Park Yong-maan, chairman of the Korea Chamber of Commerce and Industry (KCCI), said in a meeting with reporters.

His comments are about the recent economic policies of the Moon Jae-in government that are focused on consumption and income-driven economic growth, under which Seoul aims to help workers get more income and ease other financial burdens so they can spend more and stimulate growth.

Also, it has decided to jack up the top corporate tax rate to 25 percent from the current 22 percent to fund its expanded welfare policies.

"Some time is needed for businesses to keep pace with the changing environment," said Park, citing massive complaints of rising labor costs and taxes from small and midsized companies. "Considering the hardships of companies, I ask the government to be more flexible in implementing the policies or slow down the tempo." 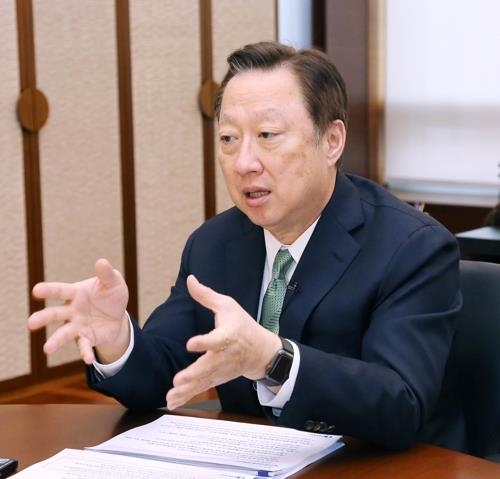