SEOUL, Jan. 1 (Yonhap) -- South Korea will send 10,000 tons of rice to Vietnam that was hit hard by a typhoon, the Ministry of Agriculture, Food and Rural Affairs said Monday.

Seoul has already pledged to offer assistance to Vietnam in 2017.

Besides affecting the country's rice harvest the typhoon has resulted in numerous deaths.

The farm ministry said that the rice to be sent was all harvested in 2016, with shipments to be sent as quickly as possible to help those that have been hit hardest by the natural disaster.

South Korea, meanwhile, had provided rice aid under the APTERR to Myanmar and Cambodia in early 2017.

Seoul hopes that the shipment of rice will further strengthen bilateral ties between the two countries. Vietnam has become one of South Korea's key trading nations. 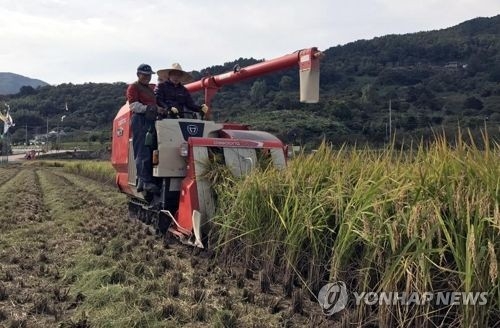