SEOUL, Jan. 1 (Yonhap) -- The top organizer for the 2018 PyeongChang Winter Olympics on Monday welcomed North Korea's expression of interest in participation in the games, saying the gesture was akin to "a gift on New Year's Day."

Lee Hee-beom, head of the organizing committee for PyeongChang 2018, said it was "a positive sign" that North Korea had showed its willingness to take part in the first Winter Games to take place in South Korea. 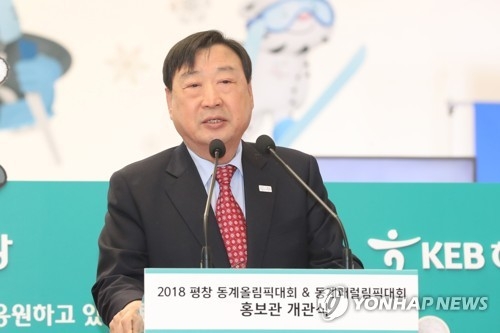 Earlier in the day, North Korean leader Kim Jong-un stated he could send a delegation to the PyeongChang Olympics and he was open to talks with Seoul over the issue.

"The Winter Games to be held in South Korea will be a good occasion for the country. We sincerely hope that the Winter Olympics will be a success," Kim said in his New Year's address. "We are ready to take various steps, including the dispatch of the delegation. To this end, the two Koreas can immediately meet."

PyeongChang and the International Olympic Committee (IOC) have been trying to ensure North Korea's participation, which would be the reclusive regime's first in any Olympic Games held south of the tense border. North Korea didn't compete in the 1988 Seoul Summer Olympics. Lee has often stated that any peace-loving nation has an obligation to participate in the Olympic Games, and the IOC has said it has extended an invitation to North Korea to travel to PyeongChang for the quadrennial competition.

"Our organizing committee has already been making preparations for North Korea's participation," Lee said. "All the processes for the North Korean delegation's accommodation and transportation are in place."

North Korea had a figure skating pairs duo of Ryom Tae-ok and Kim Ju-sik qualify for a spot in PyeongChang, but its national skating body missed an Oct. 30 deadline to submit their entry for the Olympics. North Korea also had an outside chance at qualifying in short track speed skating but skipped the final qualifying competition, held in Seoul last month. 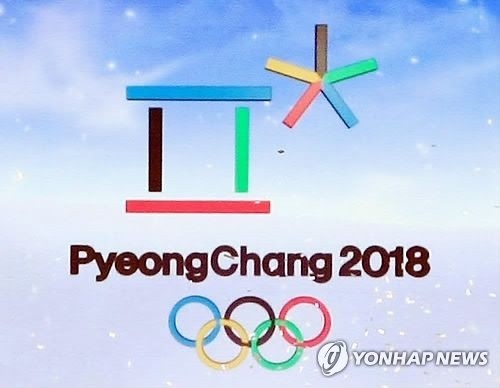 North Korea can still send athletes to select events if the IOC grants the country some wild card spots.

"The basic principle for the IOC is that North Korea can compete in any event it wishes," Lee said. "North Korea won't be able to send athletes in every sport, but I expect it to have representation in figure skating, short track and cross-country skiing."

Lee also mentioned women's hockey as a potential event for North Korea. In June last year, South Korean Sports Minister Do Jong-hwan raised the possibility of fielding a joint, all-Korean women's hockey sqaud for PyeongChang. The idea was shot down by critics who questioned its feasibility, though it illustrated how desperate South Korea was to have a North Korean presence in the Olympics here.

One of the main visions that PyeongChang has been pushing is the promotion of peace through the Olympics.

The last time North Korea competed in an international sporting event in the South was the 2014 Asian Games in Incheon, just west of Seoul. Senior Pyongyang officials, including Hwang Pyong-so, then the vice marshal of the Korean People's Army, attended the closing ceremony at the time.