The Yonhap News Agency-affiliated TV channel posted an average viewership of 0.923 percent in 2017, breaking its own record of 0.850 percent set in the previous year, according to data from Nielsen Korea.

Yonhap TV also ranked No. 1 on a yearly viewership chart released by another marketing research firm, TNMS, for cable news channels. It garnered an average viewership of 1.007 percent in 2017.

The channel's balanced and in-depth coverage of various issues is believed to be the main factor for its stay atop the charts for the second consecutive year, a company official said. "We will be born again (this year) to provide more rich and fresh information through the planned reorganization of programs to be set this month," he said. 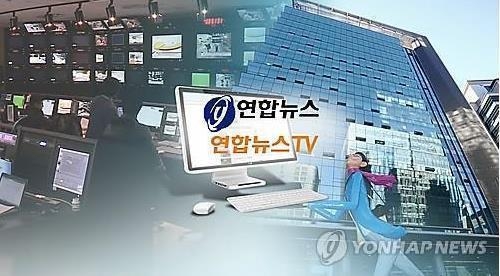