The feat was achieved at 12:37 a.m., pushing the remixed track to become the K-pop boy band's 12th video to reach the milestone, Big Hit Entertainment, the band's label-management agency, said.

BTS collaborated with American DJ Steve Aoki and rapper Desiigner on remixing the track, which was originally included on the band's EP "Love Yourself: Her" released in September. The remix, released separately in November, peaked at 28th on the Billboard Hot 100 in December.

The group, which made Billboard's list of the top 10 musicians in the United States for 2017, is scheduled to hold a fan meet-and-greet at Gocheok Sky Dome in western Seoul on Jan. 13-14. 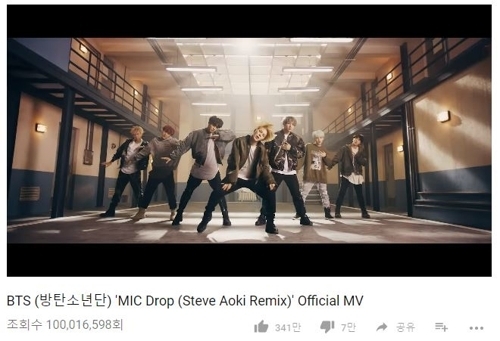