In his message for 2018, Kwon Oh-gap said he wants to see the K League take a big leap this year, during which the FIFA World Cup will take place.

"The league, clubs and players will do their best to make fans happy with exciting matches," Kwon said. "We're also going to raise the quality of K League coverage."

"We saw some shortcomings in the beginning, but the VAR system is a necessary measure that will add credibility in referee decisions and make the K League healthy," he said.

Kwon, who is also an executive at South Korean shipbuilding conglomerate Hyundai Heavy Industries, said he will help the K League build a competitive industry structure.

"For the last five years, the K League focused on increasing paid attendance, fostering youth footballers, raising football administrators and making more social contributions," he said. "The K League still has a long way to go to become a competitive industry, but we'll benchmark various cases from other leagues and give our best efforts to enhance profitability of the clubs."

Kwon, whose term ends in 2020, said the league will also support South Korea to make sure it has a good performance at the 2018 World Cup in Russia.

"Former and active K League players played an important role for South Korea in securing their ninth consecutive World Cup appearance last year," he said. "We hope they can show the power of South Korean football at the World Cup in June." 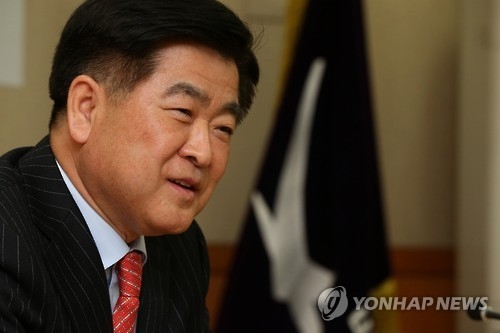