SEOUL, Jan. 2 (Yonhap) -- The Constitutional Court has ruled that it is not against the highest law to give massage licenses only to blind people because such work is virtually the only job the blind can have.

The ruling marked the fourth time that the court has rejected an appeal challenging the medical law that allows only visually impaired people to win message licenses and open message shops, and calls for up to five years in prison or 50 million won in fines for violators.

In the latest case, a massage shop owner filed the petition after being charged with offering message services without a license in 2015, arguing that the current law infringes upon the occupational freedom of non-blind people.

But the Constitutional Court rejected the claim.

The court also said that non-blind people should continue to be banned from opening message shops because allowing them to open such shops can leave blind people working under poor conditions. It also ruled that punishing unlicensed massage businesses isn't considered excessive. 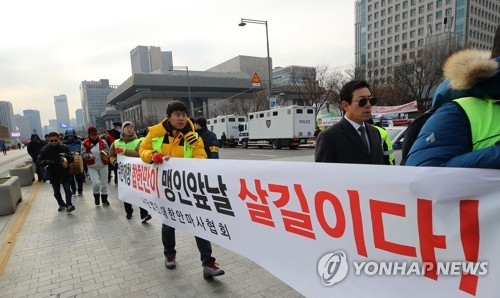