Choe Jae-hyeong began his four-year term as the head of the Board of Audit and Inspection following the appointment ceremony held at the presidential office Cheong Wa Dae. 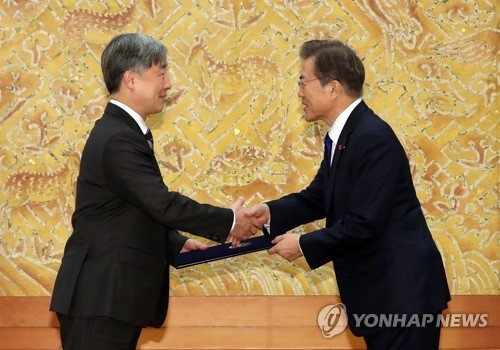 Choe, 61, replaced Hwang Chang-hyeon, who stepped down at the expiration of his term in early December.

The new BAI chief served as a judge before he was named the head of the Judicial Research and Training Institute early last year.

The president was set to appoint two new members of the Supreme Court -- Ahn Chul-sang and Min You-sook -- in a separate ceremony to be held later at Cheong Wa Dae.

The appointment of both Ahn and Min was also endorsed in the parliamentary vote held Friday.