SEOUL, Jan. 2 (Yonhap) -- South Korea's central bank chief said Tuesday that he will make a prudent decision on a further rate hike by taking into account all economic data.

"The Bank of Korea raises the rate based on data, economic indices and other conditions," BOK Gov. Lee Ju-yeol told reporters. "The board members have been worried about inflation. They will be more prudent."

The central bank raised the key rate in November to 1.5 percent from a record low of 1.25 percent, ending the yearslong monetary easing, as the U.S. Fed has also started marking up rates.

Market watchers anticipate that the central bank will come up with a second rate increase within a few months as there are clear signs of economic recovery.

The BOK will hold monetary decision-making meetings in January and February, before Lee finishes his four-year term in March. 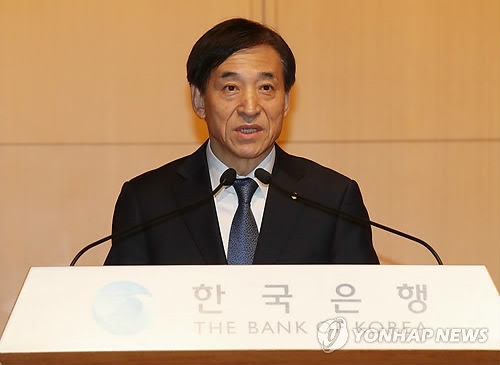 BOK chief pledges to be prudent in rate hike

BOK chief pledges to be prudent in rate hike