Last month, Apple acknowledged that it slowed down the speed of older iPhone models, claiming that the measure was necessary to prevent the devices from shutting down suddenly. In return, the company said it will cut costs of battery replacements.

More than 200,000 South Korean iPhone users, however, are preparing to file a class lawsuit against the tech giant, claiming that a discount on battery replacements is not sufficient to compensate for damages.

Hanuri Law, a South Korean law firm, said around 240,000 iPhone users have applied to file a joint lawsuit against the U.S. giant. The law firm will continue to gather participants until next week, with some 300,000 users anticipated to make applications by the deadline.

Apple has been facing lawsuits in at least five countries, also including the United States, Israel, France and Australia. 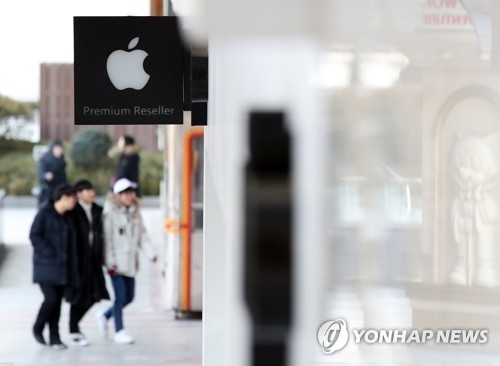