The first installment in the "Along With Gods" saga sold about 2.5 million tickets from Friday to Sunday, according to the real-time box-office tally available on the website of the Korean Film Council. 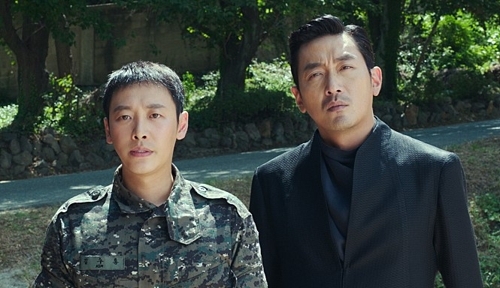 Based on a popular webtoon of the same title by Joo Ho-min, the movie tells the story of a righteous firefighter who is judged in seven hells for 49 days after his death, guided by three grim reapers. It stars Ha Jung-woo, Cha Tae-hyun, Ju Ji-hoon and Kim Hyang-gi.

"1987: When the Day Comes," a local period drama about the historic nationwide protests against the repressive military regime in June 1987, made a strong debut at No. 2 with 1.35 million in attendance. Released Wednesday, the movie attracted 2.47 million viewers as of Monday. 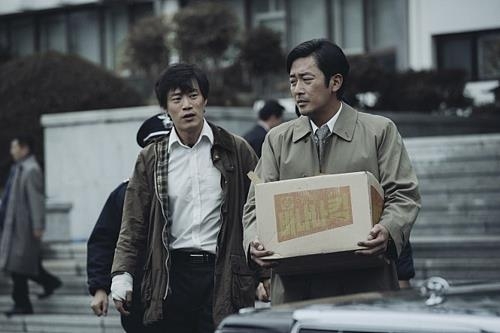 "Steel Rain," also a Korean film, was in distant third, selling 291,426 tickets in its third weekend.

The action blockbuster starring Jung Woo-sung and Gwak Do-won is about two men from South and North Korea who combine forces on a secret plan to prevent a nuclear war on the Korean Peninsula. It topped 4 million in total attendees Monday.

The American drama-musical "The Greatest Showman," starring Hugh Jackman, fell a notch to fourth with 147,414 views.

It was followed by the seasonal kids animation "Pocket Monsters the Movie: I Choose You!" which garnered 87,453 views.