SEOUL, Jan. 2 (Yonhap) -- Public broadcaster MBC won't be able to air weekday night-time dramas during February in the aftermath of a months-long strike that crippled production.

Two current weekday series -- "Two Cops" and "I Am Not a Robot" -- will wrap up at the end of this month. There are no following dramas in the pipeline, the company said citing the need for more time for preparation.

"We would be able to broadcast a new drama in a hurry but decided not to because we want to have sufficient time to prepare for a good series," MBC said in a statement. "The dramas currently being produced will be broadcast sometime in March."

Prime-time dramas are likely to resume during the first week of March, according to company officials.

The rare drama vacancy will be filled by special programs for the 2018 PyeongChang Olympic Winter Games, slated for Feb. 9-25.

MBC is struggling to get back to normal operation though unionized workers ended their strike in November following the dismissal of its embattled president. For more than two months, thousands of union members staged a walkout, demanding the removal of President Kim Jang-kyom, who was accused of unfair interference in news coverage. 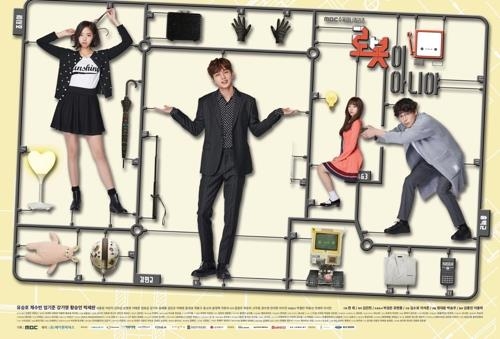 MBC struggling to get back to normal in wake of strike

MBC struggling to get back to normal in wake of strike