The 10-member teen act signed to TS Entertainment held a media showcase for its single "Who Am I," fronted by lead track "Wolf Boy," at Yes 24 Live Hall in eastern Seoul.

"We want to win the rookie of the year award, which can only be received once in a lifetime. We'll kick off 2018 powerfully to achieve that dream," member Hyunwoo told reporters.

TRCNG, an acronym for "Teen Rising Champion in a New Generation," debuted in October of last year with EP album "New Generation." Though members are all high school students, several have already cut their teeth in show business as child actors in TV dramas. 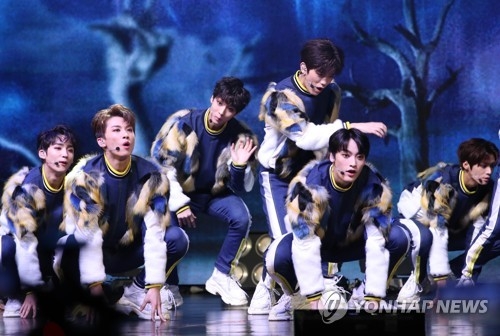 "Who Am I" contains three tracks and emphasizes the energetic youth of the band's young singers. "Wolf Baby" is an electronic swing number highlighted by funky rhythm guitars and backed by powerful dance choreography, which is said to be based on the natural howling and clawing movements of wolves.

"We're still young boys, but the song is about young boys turning into strong, protecting wolves in front of their loves," said member Kangmin. Also in the album are more melodic and sentimental tracks "I Am" and "Utopia."

Though still young, TRCNG ultimately aims to become a self-producing act, controlling all aspects of its creative endeavors. "We want to show our own unique color by producing an album in which all members take part in writing the lyrics and the music," said Hayoung. 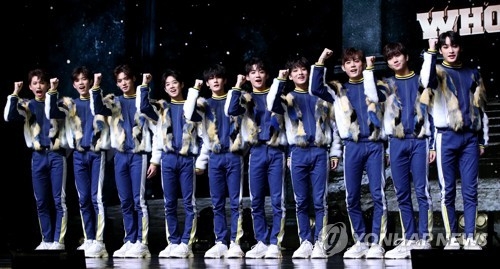