SEOUL, Jan. 2 (Yonhap) -- South Korean Sports Minister Do Jong-hwan said Tuesday the upcoming Winter Olympics in the country will usher in an era of peace and prosperity on the Korean Peninsula.

In his New Year's address to Ministry of Culture, Sports and Tourism employees, Do also welcomed North Korea's show of interest in participating in the Feb. 9-25 PyeongChang Winter Games. 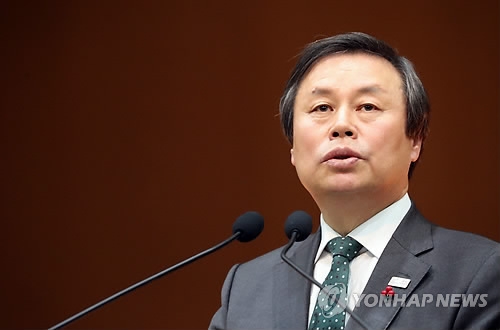 On New Year's Day, North Korean leader Kim Jong-un said he would consider sending a delegation to the first Winter Olympics held in South Korea and was open to talks with Seoul over the matter. Then on Tuesday, South Korea proposed high-level talks with the North next Tuesday.

Do said that South Korea has been preparing for North Korea's possible participation in the Olympics in areas such as transportation, accommodations, security and operations, and that more concrete steps will be taken as necessary, depending on the progress of inter-Korean talks.

"We'll do the best we can if the PyeongChang Olympics can help reduce military tensions on the Korean Peninsula, improve inter-Korean relations and restore peace on the peninsula," Do said. "And to that end, we're in close coordination with relevant government agencies."

Do said 2017 was the most trying year ever for the ministry -- with former ministers and officials mired in various scandals -- and he called on his staffers to work together for a bounceback year in 2018.

"I'll try to create an environment where you'll be working with a sense of pride and a sense of duty," Do said. "When each and every one of you is happy, we can then help our culture blossom." 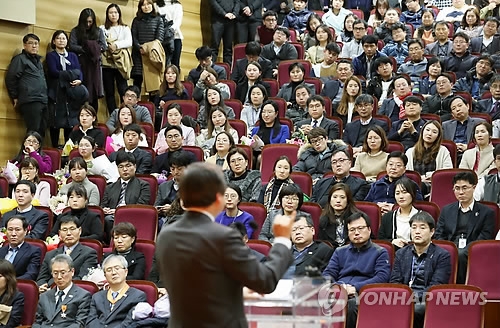