Ko, the 2016 Korea LPGA (KLPGA) Player of the Year, said Tuesday her first LPGA event of the season will be the ISPS Hana Women's Australian Open starting Feb. 15. It will be the second tournament on the calendar, following the Pure Silk-Bahamas LPGA Classic in the Bahamas from Jan. 25 to 28.

Ko, 22, earned her LPGA card by winning the LPGA KEB Hana Bank Championship on home soil last October. She played in that tournament as a non-member and had also competed at a few LPGA majors on exemptions. 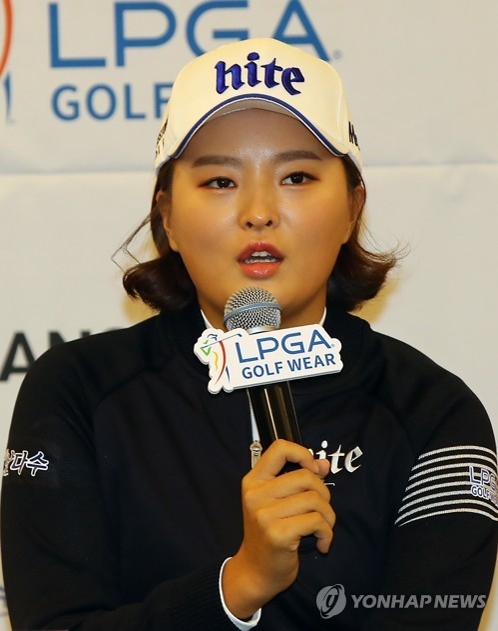 "I will fly to New Zealand on Jan. 12 to start my preparations and then make my debut in nearby Australia," Ko said after attending a corporate event in Seoul. "It really hasn't hit me yet I am actually going to play on the LPGA Tour."

Ko made her KLPGA debut in 2014 and has nine career victories on the domestic tour. After capturing her first LPGA title and earning her eligibility for the world's biggest women's competition, Ko contemplated her future for a little over a month before deciding to take her talent overseas.

"I am worried about living in America, because I'll be lonely and exhausted and I'll still have to play golf," Ko said. "I've just been training all this time at home, and I haven't had a good rest."

Ko said she concentrated especially on improving her conditioning and stamina, as she'll be traveling far greater distances on the LPGA Tour than she has on the home tour.

Ko added she has been learning English but still has long ways to go.

"I think I'll get better (at English) once I actually go there and start using it more," she said. "I think there will be other challenges, such as food, but since other players have overcome their difficulties, I think I can do it, too."

Ko is already No. 18 in the world, and Golf Channel recently named Ko one of 15 players to watch in 2018, male or female.

"I think that kind of attention puts pressure on me, but I am also grateful for it," Ko said. "I think titles will come if I keep working hard. The season is long and I'll face my share of challenges. It isn't going to be easy but I'll try to enjoy myself and not lose sight of a bigger dream." 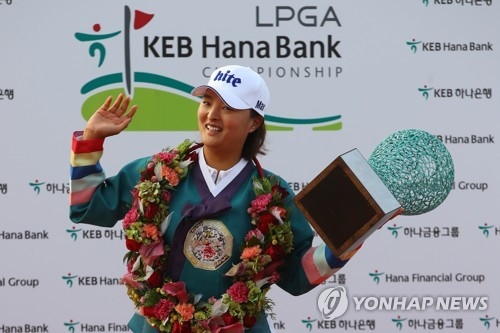 Highly-touted rookie to make LPGA debut next month in Australia

Highly-touted rookie to make LPGA debut next month in Australia