The boy band, formed by final contestants of Mnet survival audition show "Boys24," will travel to Singapore on Feb. 2 and Kuala Lumpur, Malaysia, on Feb. 4, according to Stone Music Entertainment.

The eight-member act will later visit Jakarta, Indonesia, on Feb. 10. The team plans to throw mini concerts and meet up with fans.

In the lead up to next month's Asia tour, IN2IT plans to resume publicity with its track "Cadillac" from its debut album "Carpe Diem" released in October of last year. 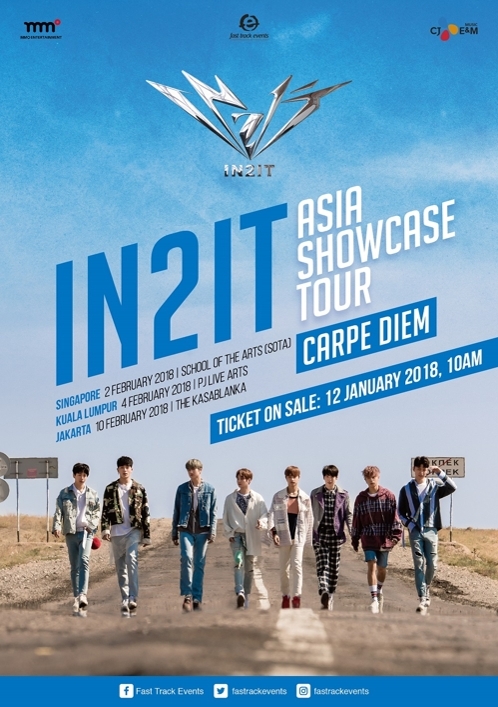