The South Korean tech giant said it will unveil the 2018 editions of premium TVs, including the OLED TV ThinQ and the Super Ultra HD TV ThinQ, at the 2018 Consumer Electronics Show (CES), which will kick off Tuesday in Las Vegas.

The new TVs will be equipped both with the DeepThinQ, as well as Google Inc.'s AI program, the Google Assistant, to provide users with various top-notch features, such as operating TVs with only voices or connecting to other home appliances powered by Internet-of-Things (IoT) technologies.

Users can make commands, such as "Please find my photos taken in Las Vegas last year from my Google account" or "Find movies starring Scarlett Johansson." LG said viewers can also ask questions, such as "Who is the main character of this drama I am watching?"

The TVs will also support the Dolby Atmos system, which will deliver sharp and realistic sound. 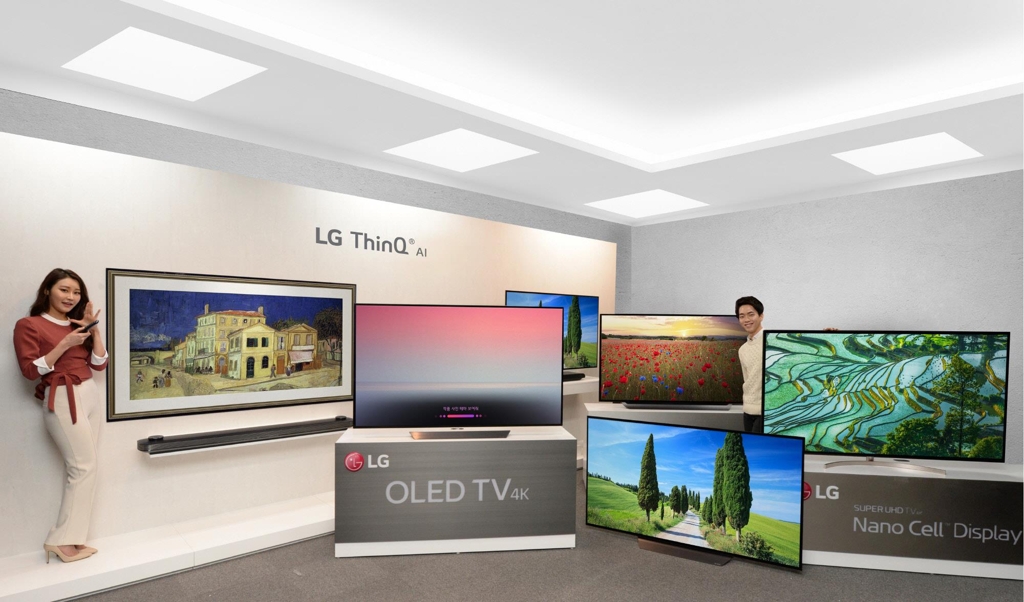