The president toured Daewoo Shipbuilding & Marine Engineering Co.'s shipyard on the southeastern island of Geoje. There, he signed the guestbook and received a briefing on the overall shipbuilding industry. 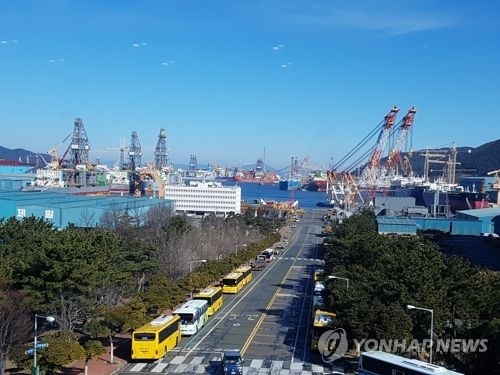 He also viewed an icebreaking LNG ship under construction and then boarded a finished LNG carrier, while company officials gave him detailed explanations on its leading-edge technologies for such vessels.

A presidential official told reporters that the shipyard's LNG carrier, which is set to play a key role in trade and commerce along Arctic shipping routes, will help advance Moon's New Northern Policy.