The 2.2-liter diesel-powered Korando Turismo was first launched in February 2013. The latest face-lifted vehicle comes with various advanced features and amenities, the company said in a statement.

SsangYong Motor aims to sell 12,000 Korando Turismos this year in the domestic market, with shipments to the Middle East, Europe and emerging markets planned as well, a company spokesman said.

The all-wheel drive leisure vehicle is equipped with a seven-speed automatic transmission and a frontal obstacle avoidance system. It is priced "competitively" between 28 million won (US$26,000) and 52 million won depending on features. 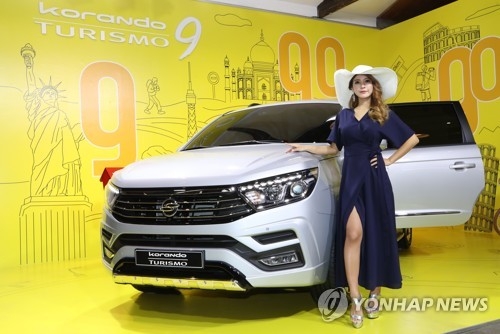