SEOUL, Jan. 3 (Yonhap) -- LG Electronics Inc. said Wednesday that it will showcase a red edition of its flagship V30 smartphone at next week's technology exhibition in the United States.

The South Korean tech giant said it plans to add a "raspberry rose" model to its lineup of V30 smartphones, currently available in blue, silver, black and violet.

The new V30 will hit shelves in South Korea later this month and gradually expand to other countries. It will be showcased at the Consumer Electronics Show in Las Vegas next week.

The LG V30, first released in September, is the company's latest premium smartphone, and boasts a top-notch camera and audio capabilities.

One of the key features of the V30 is the dual-lens rear camera, with one of the lenses adopting the smartphone industry's top aperture of F1.6.

LG Electronics has been seeking to revitalize its ailing handset business by releasing the V30 smartphone in more countries. In the third quarter of 2017, the company posted losses in its smartphone business for the 10th consecutive quarter.

LG Electronics' market share for 2017 is estimated at 3.6 percent in terms of shipments, according to data compiled by industry tracker Strategy Analytics. 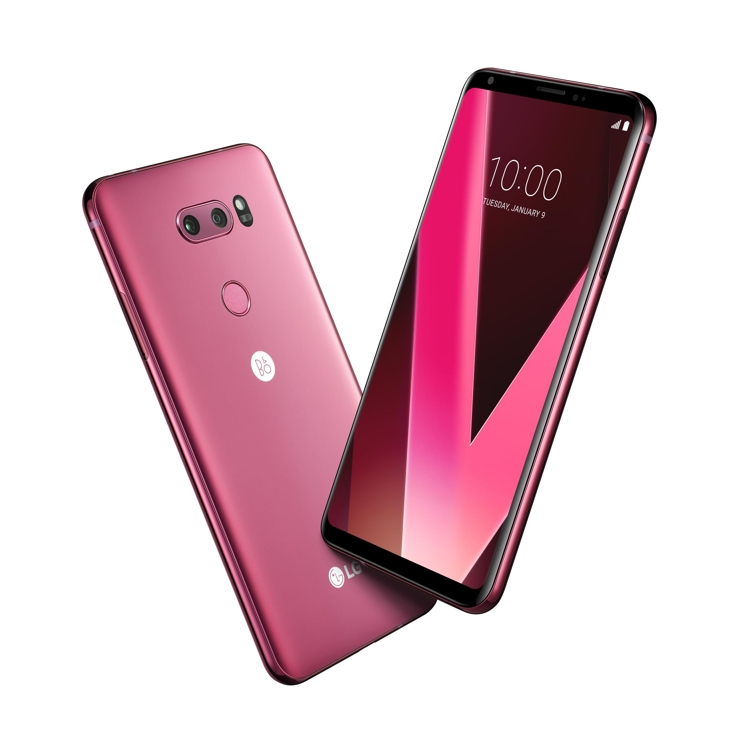