SEOUL, Jan. 3 (Yonhap) -- Apple Inc. has started its battery replacement program in South Korea, officials said Wednesday, as the U.S. tech giant faces a potential lawsuit over the allegation that it intentionally slowed down older iPhones.

Under the program, which began Tuesday, Apple said users of the iPhone 6 and its successors will be able to replace batteries for 34,000 won (US$31.9), down from the previous 100,000 won.

Industry watchers said there will be some delays for the replacement program in South Korea due to a shortage of batteries for the iPhone 6 Plus.

"Many consumers have been making visits since Tuesday. Depending on models, some replacements will take some time due to supply shortages," an official from a warranty center in Seoul said. 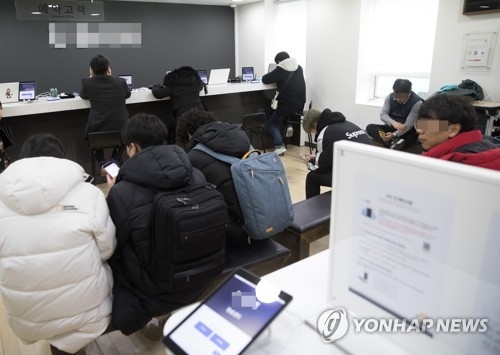