SEOUL, Jan. 3 (Yonhap) -- Over the past few years, one of the most talked-about topics in the Korean art scene was how long Daesaekhwa would lead the market boom. Now that the frenzy has died down somewhat, a new exhibition is seeking to explore the next generation of the Korean monochrome, abstract painting style.

"The Post Dansaekhwa of Korea," which is set to open on Friday at Leeahn Gallery in Seoul, was curated by art critic Yoon Jin-sup, who brought together artworks by 11 prominent artists grouped as Dansaekhwa painters.

This is the first major exhibition to shed light on Daesaekhwa since 2012, when the National Museum of Modern and Contemporary Art (MMCA) ran an exhibition on the genre. 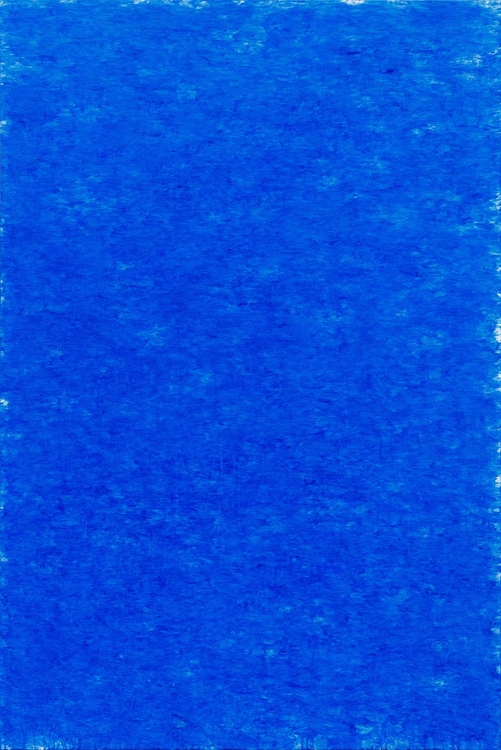 Dansaekhwa emerged in the late 1960s and refers to a loose group of non-figurative paintings expressed in minimal colors, through which artists sought meditation and self-examination by engaging in repetitive patterns and imagery.

The first generation of Dansaekhwa painters includes Lee-Ufan, Cho Yong-ik, Chung Chang-sup, Kim Guiline and Park Seo-bo, to name a few. Most of them were born in the late 1920s and 1930s and are now in their 80s and 90s.

Their artworks generally fetch high prices at art auctions in and out of Korea. Most notably, "Tranquility 5-IV-73 #310" by Korean abstract painting pioneer Kim Whan-ki, which is considered to belong to the Dansaekhwa genre due to its minimal use of colors -- blue and white -- and repetitive dot patterns, sold for 6.55 billion won (US$5.74 million) at an auction in Hong Kong last July, making it by far the most expensive Korean artwork ever sold. 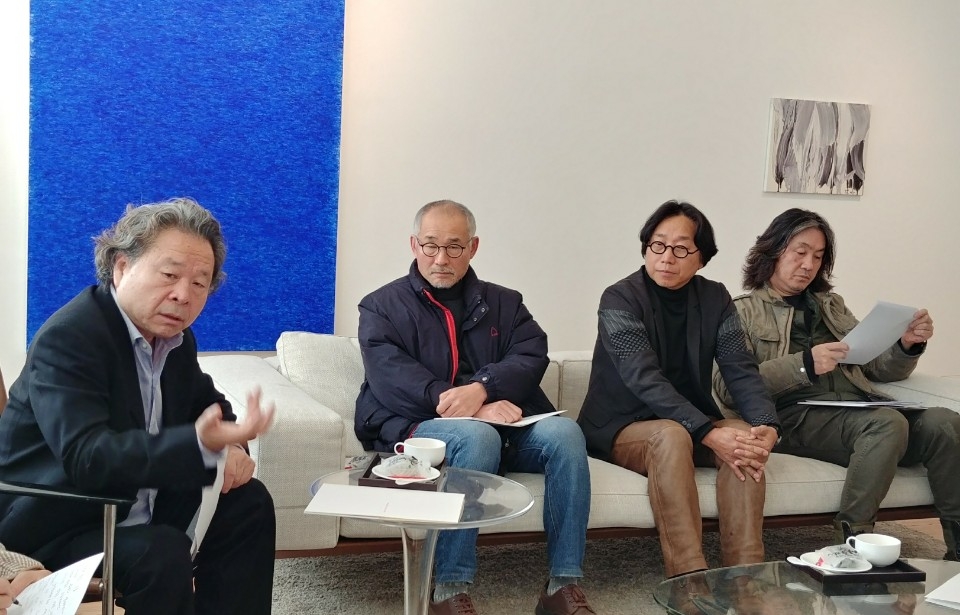 Many post-Dansaekhwa painters are students of the first generation. Although their methods and basic philosophy remain the same, the second generation has brought in their own individual style to Korea's prominent art genre, thereby making the scene more diverse and vibrant, Yoon said.

Kim Keun-tai, who attended a media preview at the gallery Wednesday, said he didn't really care about how his paintings are categorized and that he didn't intend to become a Dansaekhwa painter.

"I just do what I've been doing and here I am," he said, sharing what his mother, now over 90, told him recently: "You've been painting since you were young and now you are over 60. When on Earth are you going to stop painting the canvas white and start painting seriously?" 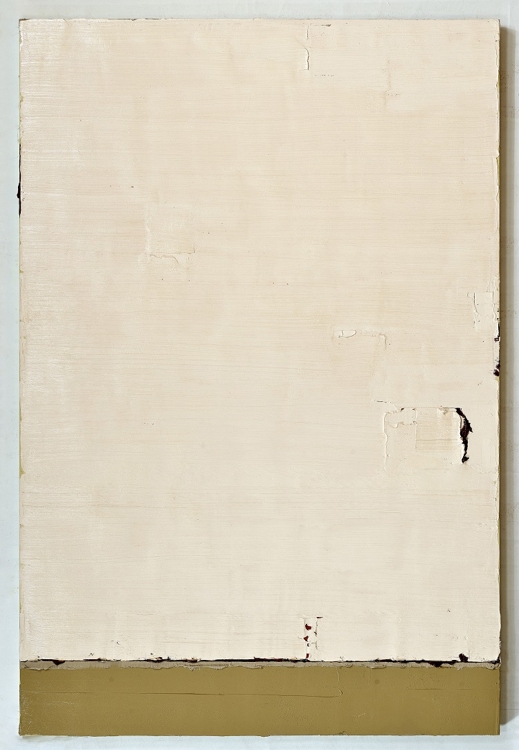 For artist Kim Taek-sang, also in attendance, it took him more than 30 years to understand why he couldn't get his head around western art. And to be able to understand it has become one of his prime purposes as an artist.

Calling the exhibition "timely," he emphasized the importance of Dansaekhwa as a way to express Korean sensitivity and spirit.

"Due to the hard work done by many artists before us, the outside world started to pay more attention to Dansaekhwa. Now it is my generation's turn to make the global art world richer and fuller by adding more unique artwork from here," he said.

The exhibition runs through Feb. 24. 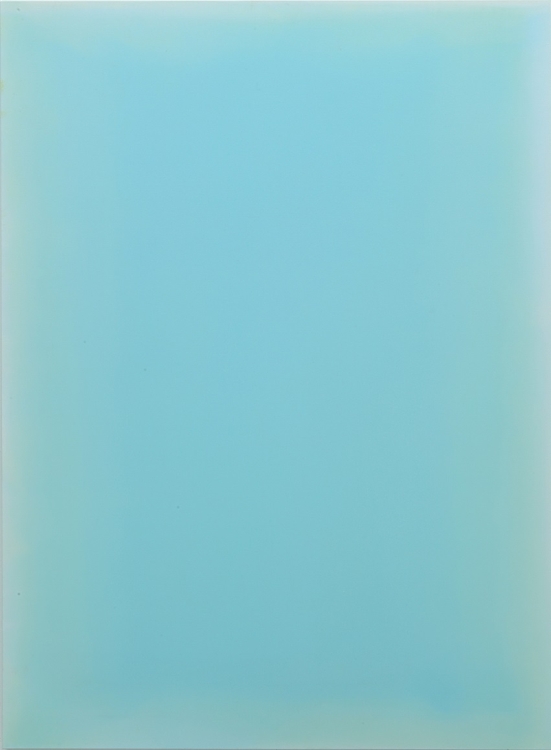 New exhibit explores what comes next after years of Dansaekhwa fever

New exhibit explores what comes next after years of Dansaekhwa fever